Rethinking the Context of Connectivity

Rethinking the Context of Connectivity 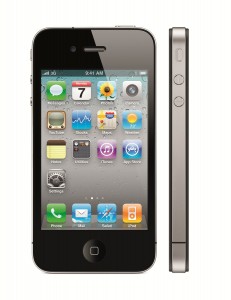 Last week I spoke at that the Digital Media Conference where I shared some of the following thoughts on connectivity and Internet accessible devices.

The number of devices connecting to the Web via cellular, wireless, or wired connections continues to proliferate. But many of these devices frame the value of connection within a historical context. More connection in an ambiguous sense means more data. Adding connectivity to these devices is intended to drive more data to the device. Or at least the option of more. But more needs meaning. Tomorrow’s connectivity needs to be more than just greater options and greater flexibility for the end-user. Connectivity needs to be about choice with meaning and context.

Take for example the mobile phone. When we originally brought the Web to the mobile phone it was largely about browsing the Web from the phone. This was the historical context of the time. At this time we largely understood Internet access from the context of a computer browser. The focus at the time was on a better browser experience. A mobile Web experience needed to make it easier for users to get to and between the websites they were most interested in visiting. Websites even got involved by building sites optimized for mobile viewing. During these early years of Internet access on the phone the primary story was still about the phone. Browsing the Web on the phone was secondary to using the phone as a phone….

In 2007, Apple launched the first iPhone. The first commercial – aired during the Academy Awards in February – doesn’t even reference the Internet. The focus is clearly on the phone-aspects of the device (ie making calls).
[youtube width=”480″ height=”320″]6Bvfs4ai5XU[/youtube]

After this first commercial an additional four commercials for the original iPhone are released.[youtube width=”480″ height=”320″]6lZMr-ZfoE4[/youtube]

But capabilities of the device would drive additional discovery of how consumers really wanted to use Internet-enabled mobile devices. Today, this is a common example of how Apple portrays the iPhone.[youtube width=”480″ height=”320″]LamtBiGLzI8[/youtube]

There is minimal positioning of the device as a phone. The focus is on a robust Internet experience. But the experience is drastically different than what was portrayed in 2007. Today the Internet story is told through apps. What we learned about consumers is that they are less interested in surfing the Web and more interested in being about to access specific pieces of information. They don’t want to surf the Web to Zagats.com, they want to access specific pieces of relevant information from Zagats.com like a nearby restaurant offering a specific food cuisine. The app changed how we think about the Internet on the mobile phone.

Today the app has become the new historical context. When we think about accessing the Internet from connected devices we think about doing that in an “app way.” The app ecosystem is spreading to other devices like tablet computers, smartbooks, e-readers, and televisions. This might be the best way to create a meaningful Internet experience, but that decision should be explicit and not because of historical context.